The 1992 United Nations Framework Convention on Climate Change (UNFCCC) 3 provides for the foundation of the international regime to fight against climate change. But it is widely acknowledged that it is neither efficient nor sufficient to tackle this challenge. As from 2000, a proliferation of policy initiatives outside this international climate regime has progressively questioned the centrality of the international governance on climate change as laid down by the UNFCCC. Climate talks under the auspices of the UNFCCC for the adoption of a new accord in Paris in December 2015 at the 21st Conference of the Parties to the UNFCCC provided a unique opportunity to rethink the role and structure of the international climate regime within its own boundaries. In order to increase the level of ambition of climate action as soon as possible and in the future, it was of crucial importance to design the Paris Accord in a way that it coulb be complemented and enhanced through synergies with other initiatives, which may be developed in other fora of international cooperation. This article analyses the role the Paris Agreement could play in achieving the defragmentation of the international governance on climate change, which could contribute to enhancing new cooperation dynamics, and to building a (more) consistent global climate law. 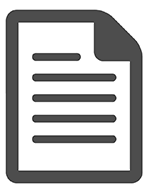